The 4th Flagpole: The Importance of Treaty Flags

The 4th Flagpole: The Importance of Treaty Flags

With the efforts of the Truth and Reconciliation Council, much of Canadas not so pure history
with the Indigenous Nations has been confronted and retold.

From this spirit of reconciliation, many government organizations, school boards and politicians have pushed to honour
Indigenous land by raising the Treaty flags of the land in which they occupy. Today, through the Truth and Reconciliation process, we are uncovering the many injustices done to the indigenous nations in the name of expansion, economic growth and nation building.
The stories of survivors of residential schools have touched the hearts of Canadians and prompted a movement to honour indigenous presence and importance in Canada through erecting the fourth flag: The treaty flag to fly alongside the national, provincial and municipal flags.

The first treaty flag to be raised at a government building was Regina City Hall in October of 2011. Since then, cities across the nation have been erecting a fourth flagpole at government buildings in honour of the role Indigenous nations play in the history and current becoming of Canada.

The treaty flag represents a sacred promise of the Indigenous peoples to share the land of Canada with peoples who have come to Canada from other lands. In return, the Crown (now Government of Canada) agreed to give certain payments to the Indigenous nations, allow them to be able to continue their ancestral ways of life on the land and agree to respect the land for
all to share. 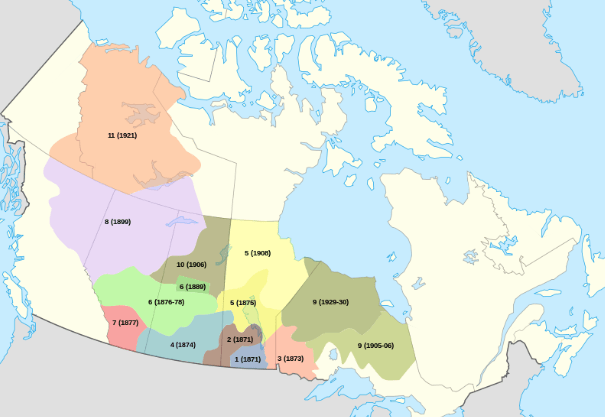 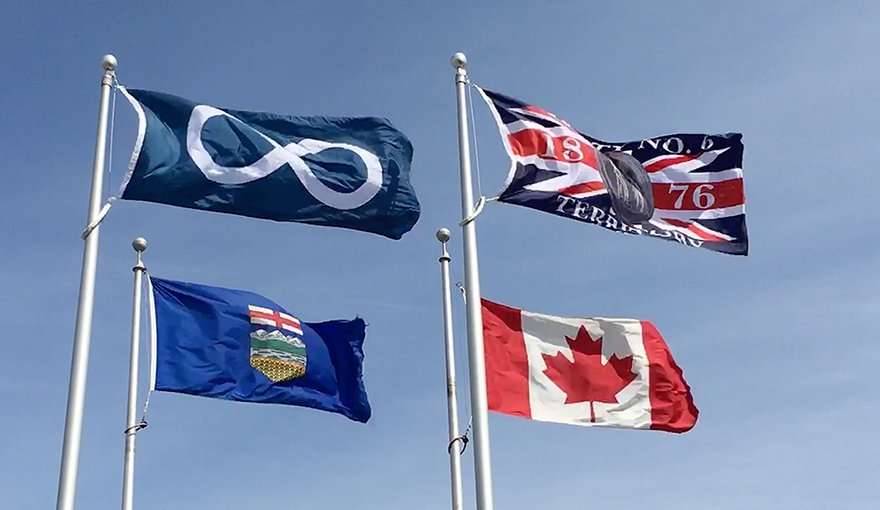 The treaty flag symbolizes inclusivity, a cornerstone for Canadian schools. Canadian education curriculum focuses on Canadian history and the interaction between the Crown and Indigenous people. The treaty flag brings this history out of the textbook. Through erecting the fourth pole at schools, treaties are recognized and respected as relevant promises binding on all Canadians and Indigenous peoples. We are all treaty people. Treaty flags are a reminder that the land is to be shared and respected. Treaty flags are a reminder of the original inhabitants of the land and the wrongs that were done to those communities that must be recognized and reconciled.

At Aurora Flags and Banners we are fortunate to be called upon to supply and install the fourth flag in many government buildings as well as schools across Alberta. We help customers locate which treaty land they belong to, install the appropriate flagpoles and erect the fourth flag.

We offer small quantities of  the following flags in stock permanently in 3’x6′ 200D nylon with rope and toggle.
For larger quantities please contact us at 780.450.4173

Examples of Treaty Flags and Metis Flags in Alberta and Saskatchewan:

Want to take this information with you?
Download our white page.